Skip to main content
Showing posts from December 13, 2020
View all 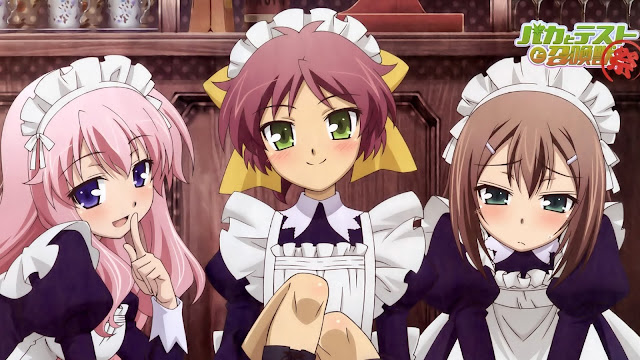 Free Anime Wallpapers - Baka To Test To Shoukanjuu Baka and Test (Japanese: バカとテストと召喚獣, Hepburn: Baka to Tesuto to Shōkanjū, lit. "Idiots, Tests, and Summoned Beasts"), also known as Baka and Test: Summon the Beasts, is a Japanese light novel series written by Kenji Inoue with illustrations by Yui Haga. Enterbrain published 18 novels from January 2007 to March 2015 under its Famitsu Bunko imprint. Three manga adaptations were published by Enterbrain in Famitsu Comic Clear and Kadokawa Shoten in Shōnen Ace. Between 2010 and 2011, the series was adapted by Silver Link into two 13-episode anime television series, and a two-episode original video animation series. A PlayStation Portable video game was released in December 2012. Credit: wikipedia.org