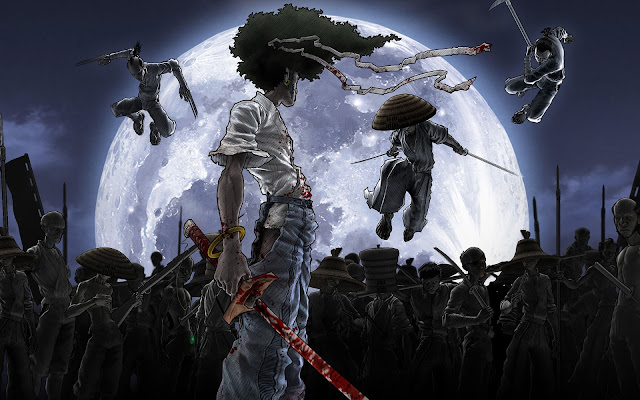 Afro Samurai (アフロサムライ, Afuro Samurai, stylized as ΛFΓO SΛMUΓΛI) is a Japanese seinen dōjinshi manga series written and illustrated by manga artist Takashi Okazaki. It was originally serialized irregularly in the avant-garde dōjinshi manga magazine Nou Nou Hau from November 1998 to September 2002. Inspired by Okazaki's love of soul and hip hop music and American media, it follows the life of Afro Samurai who witnessed his father, Rokutaro (owner of the No. 1 headband) being killed by a male gunslinger named Justice (owner of the No. 2 headband) while he was a child. As an adult, Afro sets off to kill Justice and avenge his father.

The Afro Samurai dōjinshi was adapted into an anime miniseries by Gonzo in 2007, along with the television film sequel Afro Samurai: Resurrection in 2009, both of which starring Samuel L. Jackson as Afro Samurai. The anime gained two Emmy nominations, for Outstanding Individual Achievement in Animation, which it won an Outstanding Animated Program (For Programming One Hour or More). After the release of the anime series, Okazaki remade the original Afro Samurai dōjinshi into a two-volume manga. To be only released in North America, Tor Books and Seven Seas Entertainment licensed the title and published it under their new Tor/Seven Seas imprint.

In addition to the miniseries, Afro Samurai has also been adapted into a video game and an upcoming live action film. For the television series and film, two soundtracks by the RZA of Wu-Tang Clan have been released as well as a profile book in Japan. 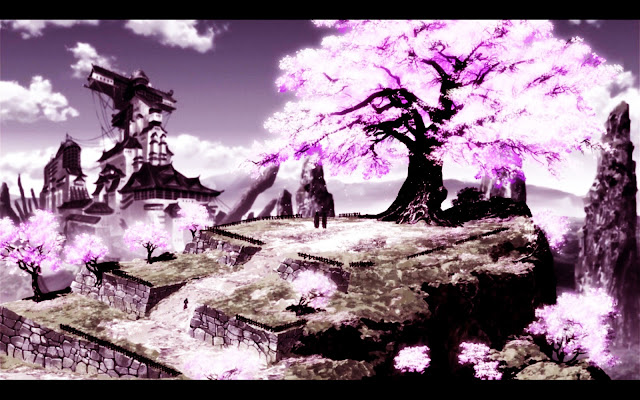 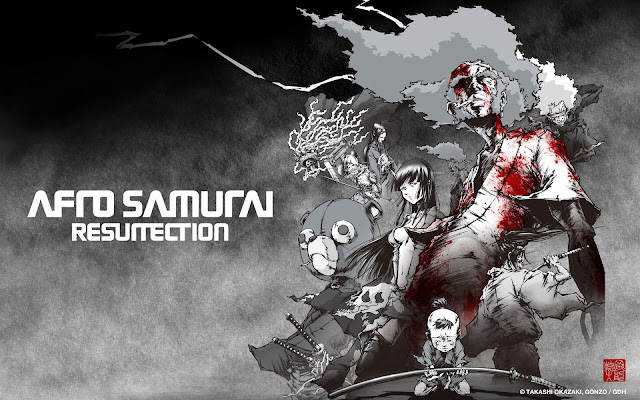 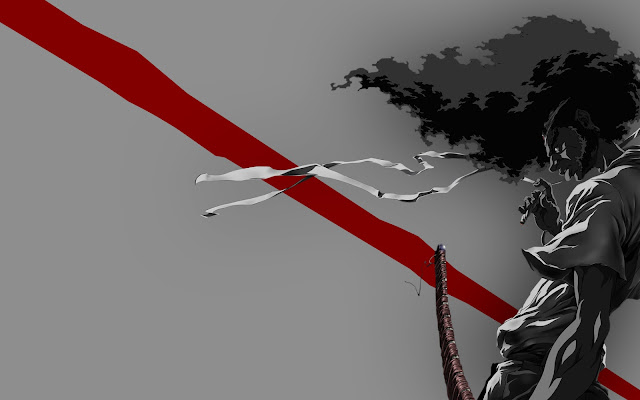 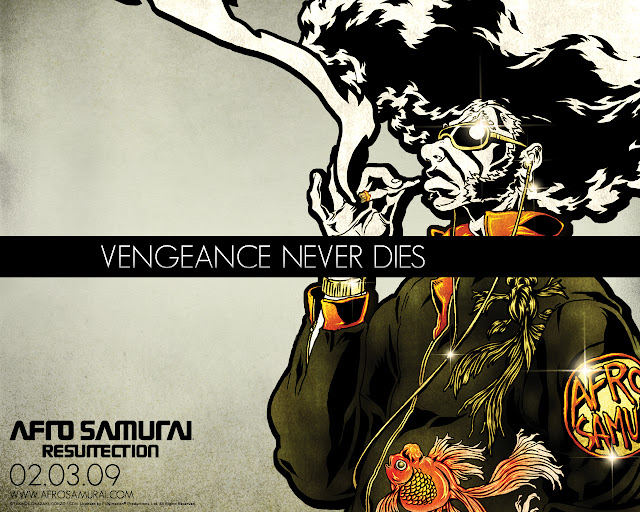 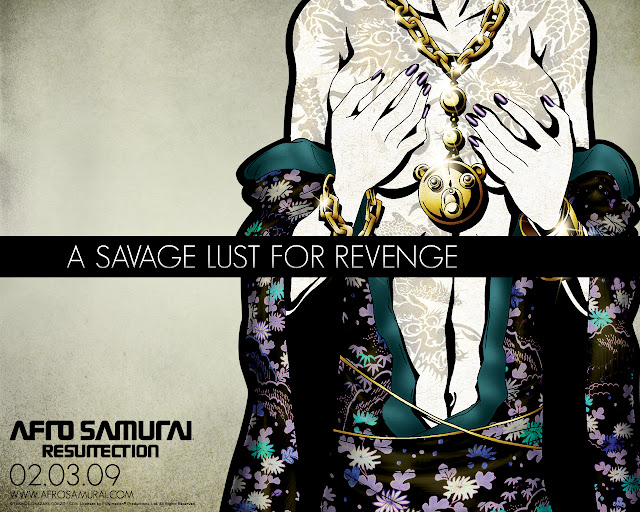 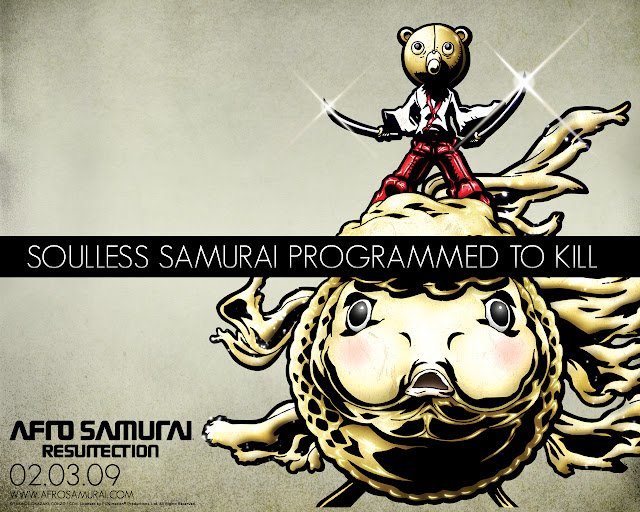 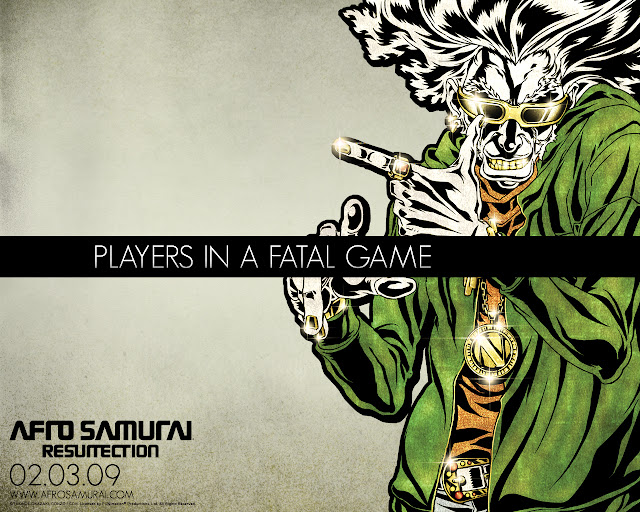 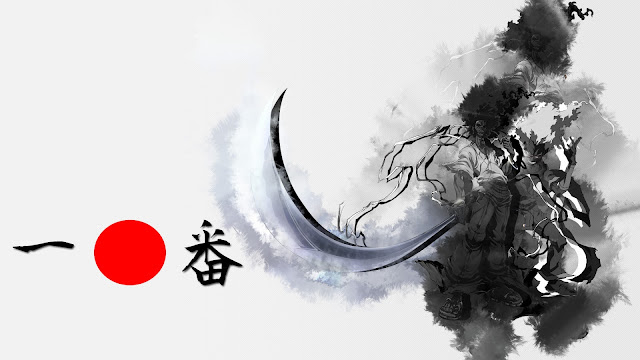 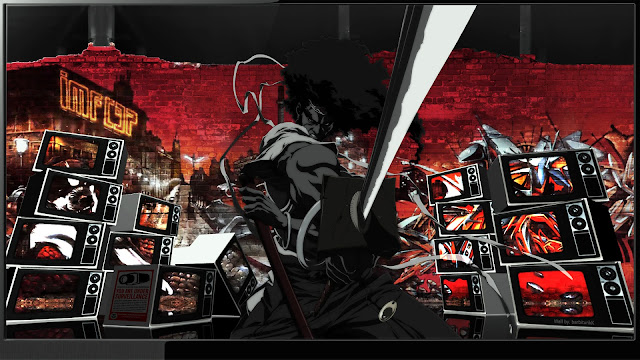